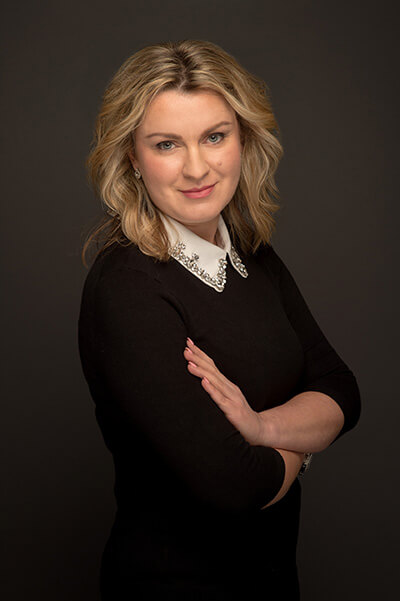 Dr.Zorawska’s emphasis on patient’s comfort, as well as, keeping up to date with latest advancements in dentistry enables her to provide the highest quality of care to her patients. Dr. Zorawska has committed herself to excellence in dentistry as both a practitioner and your neighbor.

Dr.Zorawska arrived to the United States in 2003 from Poland where she completed with honors a 5-year dental program from a distinguish Medical University in Lublin. She then continued her education first at New York University Dental School, NY and then one of the prestige Ivy League universities, University of Pennsylvania School of Dental Medicine, PA where she graduated from in 2007. She actively participated in community projects and used her expertise to teach first and second-year dental students in a preclinical lab.

In 2015, Dr.Zorawaska developed her interest in Invisalign and she is actively participating in Dawson Academy courses.Dr. Zorawska lives with her husband and two children in Bergen County.When she is not actively performing dentistry she loves to play sports.She is a big fan of skiing and horse back riding which she started to enjoy in her early childhood.

Drs. Zorawska and Ciecierega while sharing their passion for dentistry became also friends in private life. They traveled to Fiji to serve the dental needs of underprivileged children at Lautoka Hospital.

In 2007, Dr. Ciecierega and Dr. Zorawska became proud and successful owners of E&M Dental in North Bergen, NJ, which now has two locations. In 2016 they opened the new state of the art office in Ramsey NJ, Bergen Premiere Dentistry, which is dedicated to serve excellent dental care.

Are you looking for a great dentist in Ramsey, NJ?